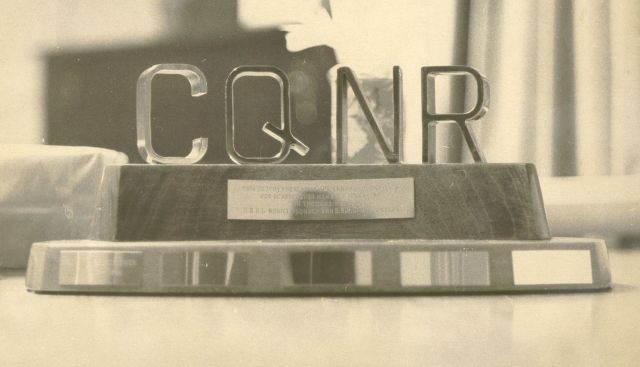 The Scarborough Amateur Radio Club created the CQ-NR Trophy in 1966. It was presented to the winner of the annual competition for Scarborough members operating in the combined A.R.R.L. Novice Roundup and S.A.R.C. CW contest. The trophy was donated to the club by Ed Charlton, VE3FCE, and Jim Ashfield, VE3FOE.

Bill Cate, VE3HR, was the driving force behind the award's creation. He wanted to encourage the use of CW, so he created a CW contest for SARC that would co-exist with ARRL's Novice Roundup contest. 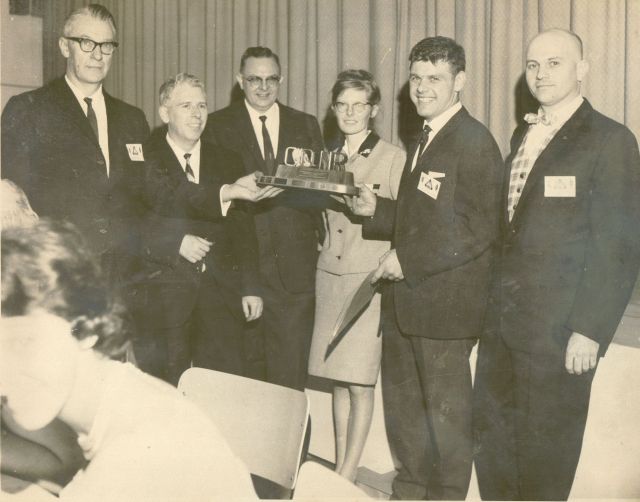 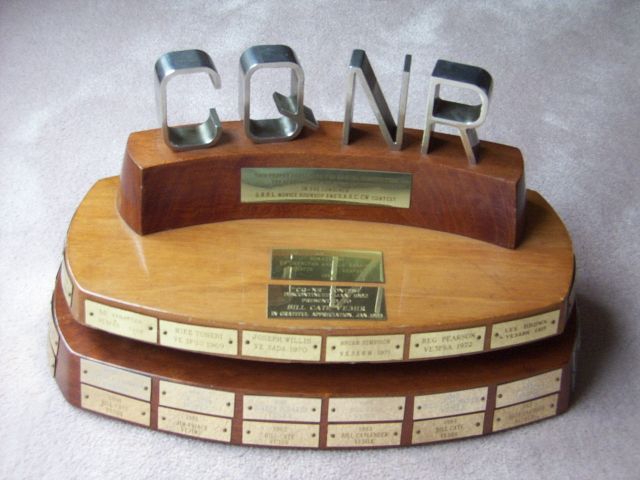 Here is the trophy in its current form. The SARC contest was terminated at the same time as the ARRL Novice Roundup contest. It was presented to Bill Cate for his dedication to the encouragement of CW in SARC through his promotion and administration of the contest.