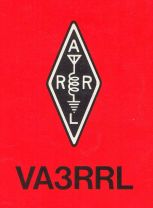 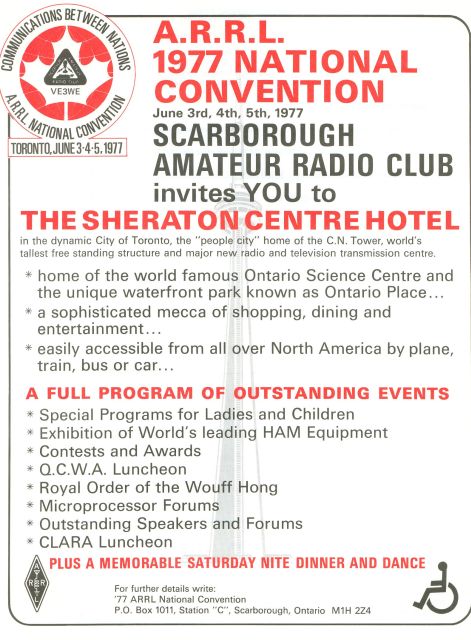 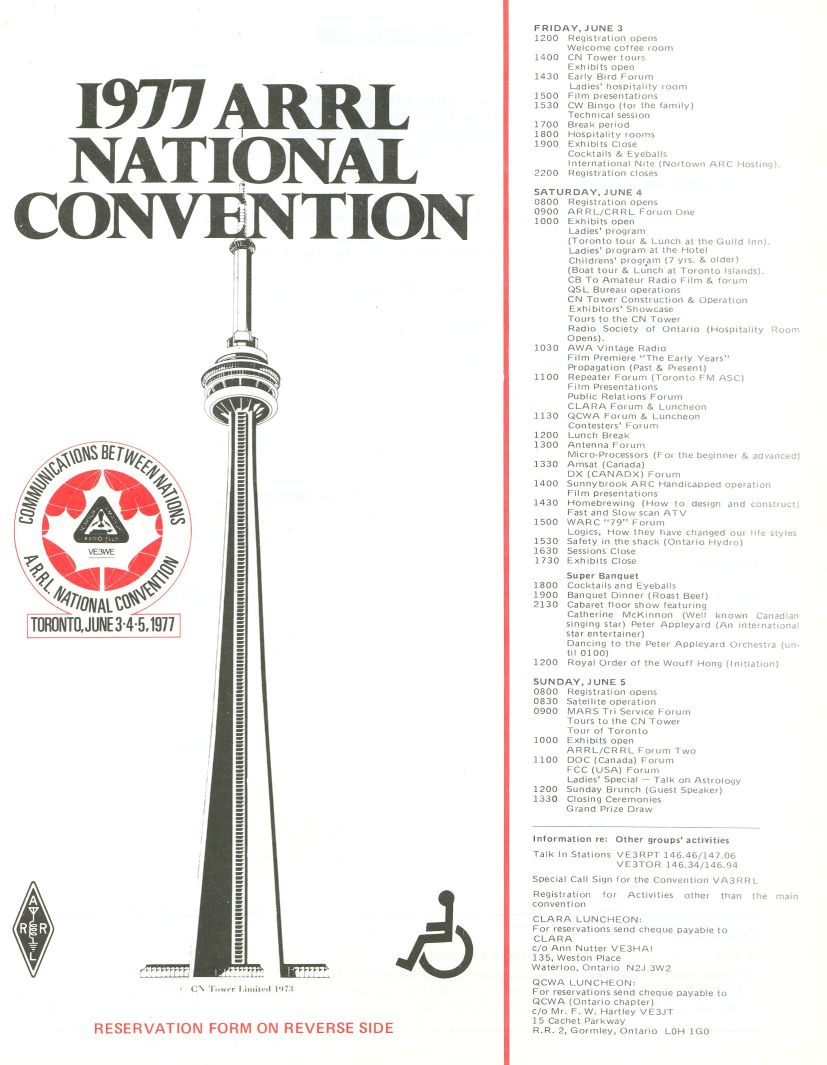 The agenda of this three day event included tours through the local attractions like the CN Tower.

Several items would not be out of place for conventions today like:

Of course, our local organizations like DOC, RSO, and CLARA also had items on the agenda.

One of the hot items was CB to HAM RADIO. 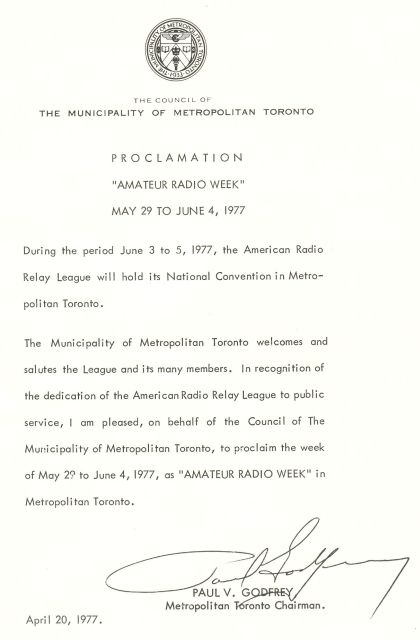 About 3000 radio amateurs from around the world were expected to attend the convention. The newspaper interviewed a well known SARC member, VE3DAY, John McCorriston (SK). I found his name linked with several documents regarding the ARRL convention. The report contains several gems regarding amateur radio for the time. 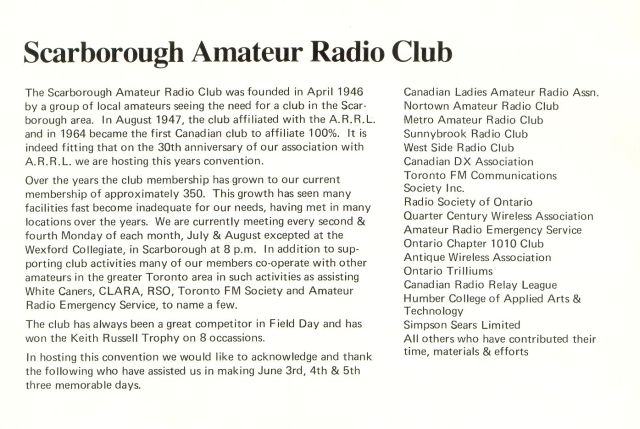 The main organization was performed by SARC's committee, but there was a lot of help from other Toronto area organizations as well. 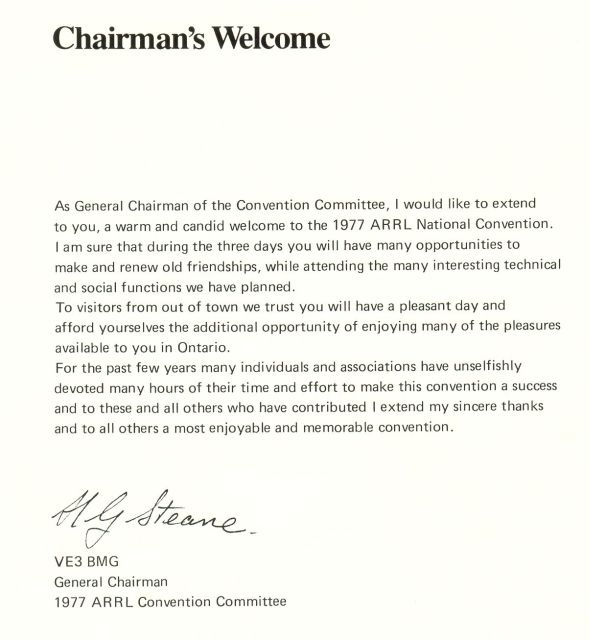 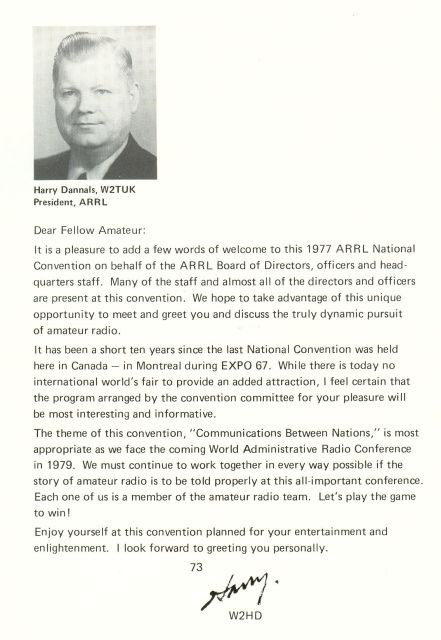