First on the agenda were motions to amend the By-laws of the Corporation presented by Gord Hogarth (VE3CNA). This task was completed as we had a quorum of members present

Second on the agenda were reports from the past executive. Bob Chrysler (VE3IEL) gave a talk on the past years activities, many thanks to Bob for his devotion to our club over the past many years.

Third on the agenda the installation of new officers. 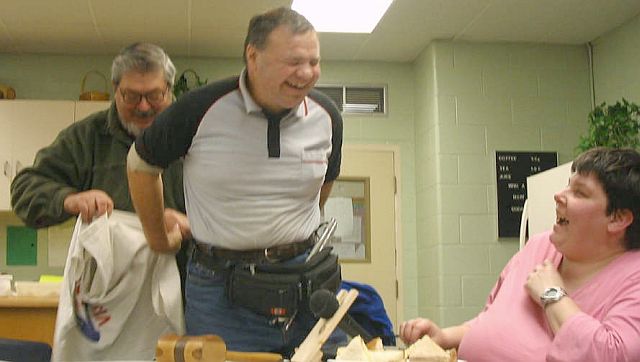 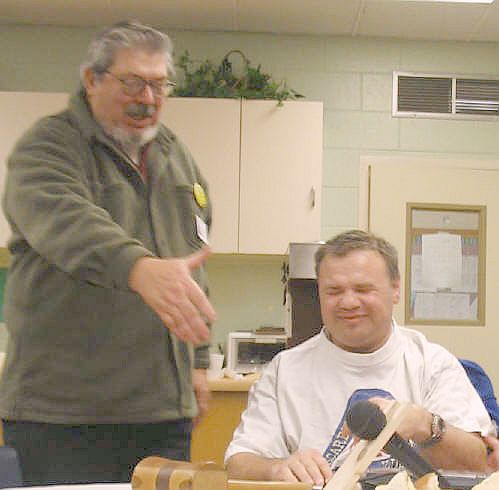 Pictured here Bob turns over the club gavel to Steve along with well wishes. 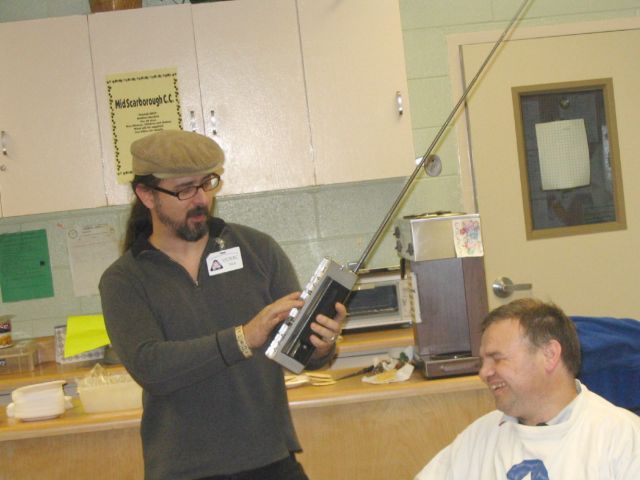 Later in the meeting Nick Blacklock (VE3EBC) our Code & Theory Education Co-ordinator gave a talk on the advancements made in technology and the compact size of the new generation of handhelds. Nick brought along an early 70's vintage hand held radio.

Sandwiches for the evenings event was prepared by Audrey Little, VA3YD...thanks to Audrey and all the other club members that assisted with planning the AGM.